Is it Press Release or News Release? 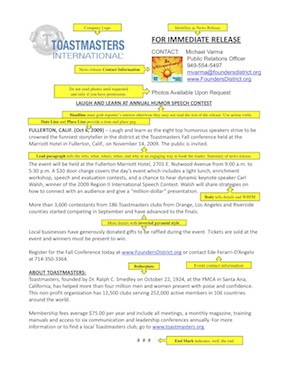 As a Media Specialist I'm frequently asked, "What's the difference between a press release and a news release?" This is a great question in our ever-changing techno-savvy world and deserves a succinct answer.

A press release traditionally refers to the printed page. When radio and tv news departments grew to include podcasts and Internet postings, news release became a better description. The same is true for a press conference, which has also morphed and is now called a news conference.

The news release remains the cornerstone of informing hard copy and online readers of past, present, and future events. Many key elements to include in your release are explained in a single document titled Anatomy of a News Release (pdf file 78 kb).