Do you want to supercharge your club and attract flocks of new members to your club? Are you interested in building new clubs? Come join us at the Founder’s District Fall Marketing Workshop on Saturday, July 27, 2013. Learn valuable tips and proven techniques for club growth, membership retention and building new clubs from some of the top leaders in Toastmasters. 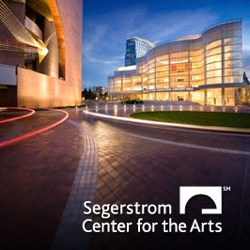 Many people join Toastmasters with a clear vision of how they will use their improved leadership and communication abilities. For those who are looking for a new opportunity though, this might be it.

The Segerstrom Center for the Arts (formerly Orange County Performing Arts) in Costa Mesa is beginning a new docent class soon. Volunteer applications are being gathered for a training that will occur over five Fridays in March.
Docents lead tour groups through both the Performing Arts building as well as the Concert Hall according to a script that the individual learns.

As a two-year member Docent, I can tell you it is exciting to go backstage, learn the information about the venues, and to share it with the public of all ages.

If you or anyone you know might be interested, please contact This email address is being protected from spambots. You need JavaScript enabled to view it.for more details. 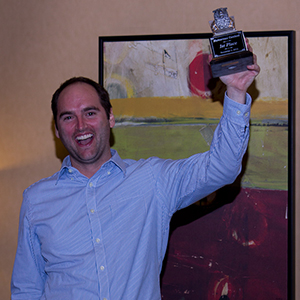 Congratulations to Daniel Midson-Short of Coastmasters Toastmasters Club #6658 , winning first place in the District Humorous Speech Contest on November 3rd, 2012.  As an Aussie living in America, Daniel dispelled the myths and stereotypical beliefs that Americas have about Austrailians.  The second place trophie went to Charlie Cheatham of Table Talkers Club #1246 in Buena Park.  Charlie humorously compared himself to Marcus Dupree, the star who never was.  Third place went to Aneeza Haleem from Lake Avenue Toastmasters Club #8360 in Pasadena.  Other competitors included George Day, Jennifer Jenkins, Kelly Hudson, Ricardo Munoz, and Angela Stout.  See interviews with our winners and other highlights of the contest in our latest edition of Founder's District TV . 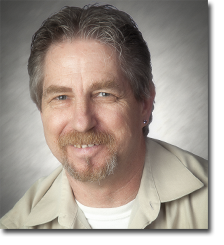 As is tradition in Founder's District, it's now time to get together and to Toast, Roast and/or Boast our Immediate Past District Governor, Wes Hoover, DTM. This is OUR chance to give back to him all that he gave to us last year.
The event is on Saturday, November 17th, from 3:00 pm to 5:00 pm at Mrs. Knott's Chicken Dinner Restaurant, Knott's Berry Farm in Buena Park.
The cost is $25.00 and you can pre-register/pre-pay online at  www.foundersdistrict.org.

We Bid You Good Cheer 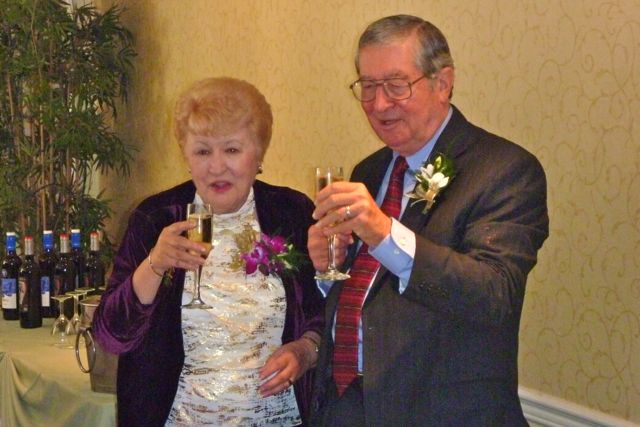 Marriages that last seem to receive less attention than high profile, short term break-ups. The media has it all wrong. Let's take a stand and shower attention on the simple and good things in life, after all good things last the longest.

Fellow Toastmaster Luby and her husband Bob just celebrated their 50th wedding anniversary. What can you say about a couple of crazy kids that married on the steps of Avalon Community Church on November 10, 1962, on Catalina Island, Calif., and returned fifty years later to renew their vows on the same church steps?

Here’s a copy of a tasteful toast that attendees said, “That was a wonderful” and "A truly fabulous toast.":

Good Afternoon, my name is Michael Varma and I met Luby more than ten years ago at a Toastmasters meeting.

Luby is our resident celebrity. She a triple threat: she acts, she sings and can tap dance her way out of a question she doesn’t want to answer. 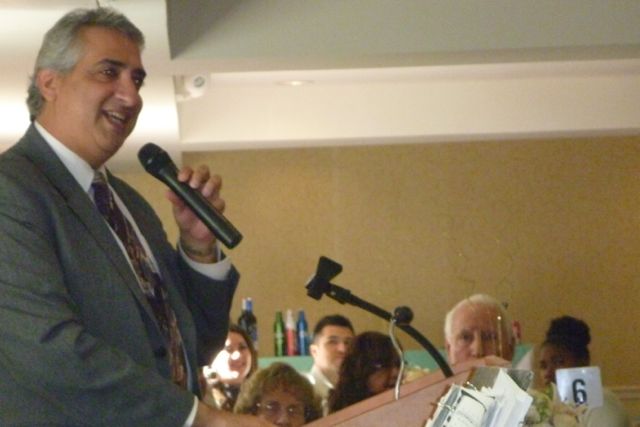 And we’re here to celebrate her 50th wedding anniversary to Bob. Fifty years is quite an achievement. Most folks don’t make it that far.

But those are marriages that didn’t make it. How about other celebrities that are still together?

Hollywood sweethearts Tom Hanks and Rita Wilson are still together, but it’s only been 24 years.

My wife and I have been married for a little more than 10 years and know I adore my wife more today than when got married. (Honey, did I say that right?)

Luby and Bob, you’re at 50 years. That’s five times more love than I’ve yet known. I’m in awe and offer this anniversary toast.

You are blessed from above

When Luby was asked what was the secret to her marriage, she offered a favorite quote, “Love creates a marriage and after several years, the marriage make love.”