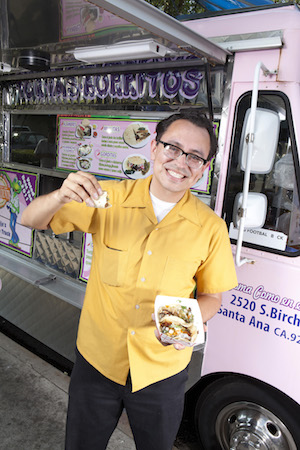 Founder's District is proud to announce the 2014 Fall Conference Communication and Leadership Award recipient, Gustavo Arellano. Gustavo will deliver his acceptance speech during the Hall of Fame Lunch on Saturday November 8, 2014.

Gustavo Arellano is the editor of OC Weekly, an alternative newspaper in Orange County, California, author of Orange County: A Personal History and Taco USA: How Mexican Food Conquered America, lecturer with the Chicana and Chicano Studies department at California State University, Fullerton, and a consulting producer on FOX’s animated show, Bordertown. He writes “¡Ask a Mexican!,” a nationally syndicated column in which he answers any and all questions about America's spiciest and largest minority. The column has a weekly circulation of over 2 million in 39 newspapers across the United States, won the 2006 and 2008 Association of Alternative Weeklies award for Best Column, and was published in book form by Scribner Press in May 2007. Arellano has been the subject of press coverage in national and international newspapers, The Today Show, Hannity, Nightline, Good Morning America, Chelsea Lately and The Colbert Report. He is currently a consulting producer on Bordertown, a FOX animated show scheduled to debut January 2015. Gustavo is the recipient of the Los Angeles Press Club's 2007 President's Award and an Impacto Award from the National Hispanic Media Coalition, and was recognized by the California Latino Legislative Caucus with a 2008 Spirit Award for his "exceptional vision, creativity, and work ethic.” Gustavo is a lifelong resident of Orange County and is the proud son of two Mexican immigrants, one whom was illegal.

More in this category: « A New Year To Focus On Leadership 2014 Fall Conference and Evaluation and Humorous Speech Contests »
back to top