How Toastmasters Helped Me 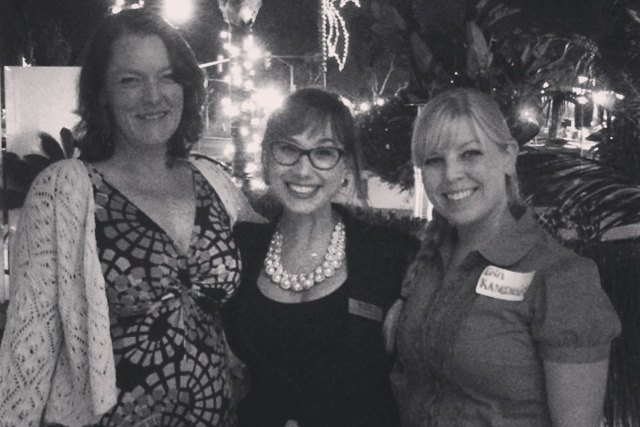 Overwhelmed. Anxious. Uneasy. I dreaded being in front of others public speaking. Feeling so uncomfortable with everyone staring at me, "umm" was a huge part of my vocabulary. How can I be a leader and inspire others if I cannot speaking eloquently? "Oh well, maybe I am just not that good at public speaking" I thought to myself.

One day at a seminar, a woman spoke up on how Toastmasters helped her elevate her skills. I went up to her immediately after and asked her what her experience was. She let me know to check out the OCCN chapter Monday nights at 7pm.
I witnessed a fun group that promoted full self -expression, positivity, and constructive criticism to help each other grow stronger as individuals. I thought if I could one day speak for 10 minutes without 75 umms all the practice would be worth it. I decided that night I would join the OCCN chapter.

In time I took on a new challenge, speaking in front of the OCCN group about Ichthyosis (pronounced ick-thee-osis), a lifelong rare genetic skin disorder that affects my sister and three nephews. My entire life I could not describe what Ichthyosis is unless you were my best friend of 15 years. My emotions would take over and I never believed I could be the advocate I always wanted to be.
I was given an amazing opportunity to speak in front of young professionals that wanted to learn about different charities and I was going to represent the Foundation of Ichthyosis in Orange County. I also invited friends and colleagues to share with them what I truly care about in my life.

Toastmasters OCCN allowed me to explore my voice and the outpour of help was incredible. Even more extraordinary was the mentorship I received from (2) members Tristen Tucker (VP of Membership) and Erica Beggan (President). They understood the message I wanted to convey to the audience and spent countless hours coaching me.

On November 19th I gave the most important 12 minute speech of my life (to date). I brought awareness to this unknown disorder to an audience of 65 people why I am creating a fundraising event in 2015. After I spoke, the responses I received from the audience warmed my heart. I couldn't believe I impacted an audience to care about Ichthyosis and actually received donations that night for the Foundation.

My life has been forever changed because of Toastmasters OCCN. This group cares about each other and their aspirations. They gave me the tools to become a confident speaker. Thank YOU Toastmasters OCCN!

Read 3027 times Last modified on Monday, 16 March 2015 00:49
Tweet
Published in News
More in this category: « Valentines Day Challenge A New Year To Focus On Leadership »
back to top