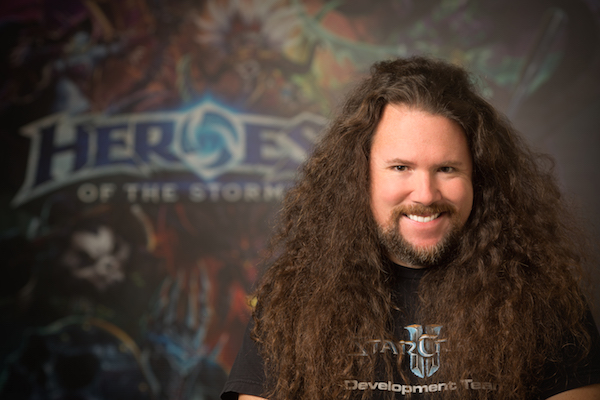 Founder's District is proud to announce the 2015 Spring Conference Communication and Leadership award recipient, Samwise Didier. You'll get a chance to know more about him at the District Conference on April 25 during an interview style conversation that will be conducted by past District International Speech Contest winner, Mun Ng.

Samwise Didier has spent his entire artistic career in the entertainment industry. His first job was in cinema as head usher at the local theater. Didier’s art skills are entirely self-taught; he spent countless hours perfecting his artistic craft by sketching and drawing during any free moment he had. One of his mottos: Always be creating. In 1991, Samwise was hired as one of the first artists at Blizzard Entertainment.
Since that day, he has worked on games from every videogame franchise the company has ever released, and has played a crucial role in shaping the company’s distinctive visual style over the years. His has provided the artistic direction of choice for the firm.
Specifically, in his role as Senior Art Director for Blizzard Entertainment, Samwise Didier is responsible for maintaining the look and feel of Blizzard’s upcoming free-to-play team brawler, Heroes of the Storm™, as well as the StarCraft® franchise, including Legacy of the Void™, the highly anticipated second expansion set to the best-selling and award-winning real-time strategy game StarCraft II: Wings of Liberty®. Didier not only designed and drew many of the graphical icons found in Warcraft II and World of Warcraft, he also provided some voice work for both.
In addition, he is also lead singer in the all-Blizzard metal band, Elite Tauren Chieftain. The band debuted in 2003 with their first song, "Power of the Horde", which was featured in the credits of Warcraft III: The Frozen Throne.

We are pleased to recognize Samwise Didier for his contemporary form of communication in a Global environment and his Leadership of creative processes and people.

Read 3560 times Last modified on Monday, 16 March 2015 00:48
Tweet
Published in News
More in this category: « Holiday Wishes From Founder's District Know the Unbreakable Rules of Marketing? »
back to top