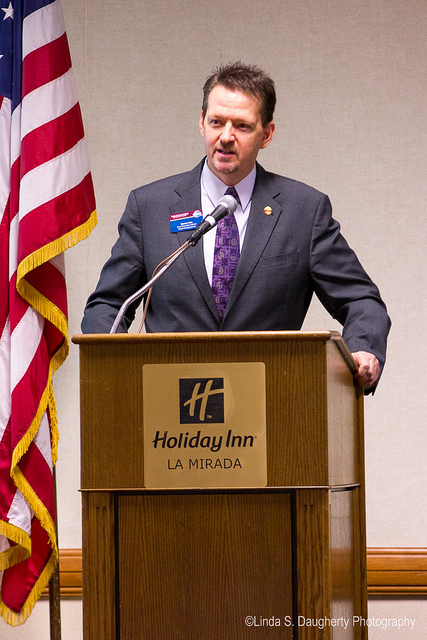 What recent Founder's District Event combined eating birthday cake, extoling the virtues of procrastination, frolicking with a 160 pound wolf, staring at the Mona Lisa, and mingling with 214 Toastmasters members and guests (not necessarily in that order)? If you guessed our Spring Conference, then you would be absolutely correct!

On May 3, 2014, Toastmasters from all over Southern California gathered at the Beautiful La Mirada Holiday Inn to celebrate our district's 70th birthday and Toastmaster International's 90th birthday! Daniel Rex, CEO of TMI, kicked off the extravaganza with a riveting keynote address that showcased all the amazing milestones that have been reached throughout the decades. He wished that Founder Ralph Smedly -- who could only wistfully dream of someday having four-hundred clubs…an impossible number in his lifetime -- could see how we currently charter that very amount…EVERY SIX MONTHS! Wow!

Check out all of the conference photos here.

At the free business meeting, 163 registered voting delegates elected new District Officers. It was a fun and educational experience to behold and something that we can all take part in.

During lunch, we celebrated the educational achievements of our fellow Toastmasters and enjoyed a sumptuous meal which was followed up with educational presentations and one of the most entertaining Table Topics competitions ever. Contestants were asked to talk about the benefits of procrastination! You can probably imagine some of the hysterical answers that were given! Ted Triplett took third place, Susan Griggs took second, and the winner was David Cates.

Conference attendees also enjoyed a terrific opportunity drawing with fabulous prizes and a beautiful dessert -- our Founder's District birthday cake. Of course, since we all like to eat, we were served even MORE food -- a delectable dinner combined with great company and more awards. Gwen Earle, ACB, ALS, Diane Beall, DTM, Norm Stein, DTM, and Frannie Stein, DTM, all received awards from the District Governor for going above and beyond the call of Toastmaster Duty to make our district great. Colette Gardner, DTM, received the Gene Beckwith Memorial Award. Sherry Tomasula received the Roy D. Graham award. Debi Morales, our District Treasurer, received the Helen "Homer" Blanchard award. And Tonya Littlewolf from Wolf Mountain Sanctuary received the C&L award for the magnificent work she does in the community with Humane Education and Wolf protection.

Finally, it was time for the "headline act," the International Speech Contest. Eight individuals presented some of the most outstanding speeches ever given at a district conference. Judges definitely had their work cut out for them. But in the end, a moving and heartfelt speech by Daniel Midson-Short that began with an inspirational story about seeing -- REALLY seeing -- the Mona Lisa, was declared the winner. Second place was awarded to Rob Swineford and third place went to Jill Dunn. This was a panel of competitors that truly reached the pinnacle of public speaking. Daniel will be representing all of us at the International Convention in Malaysia this August. We wish him the very best. 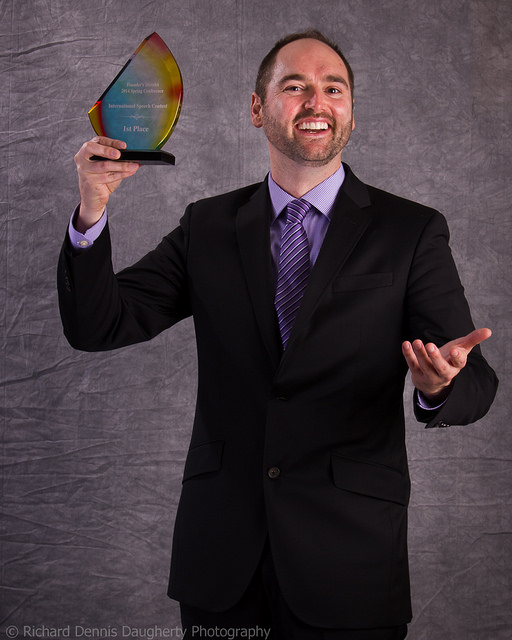