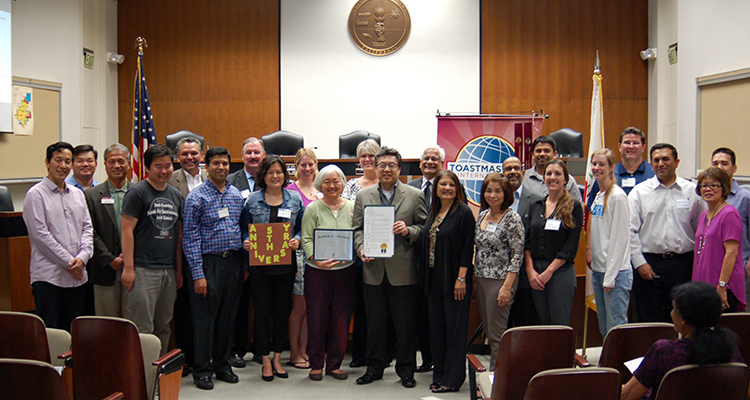 The City Council earlier had issued a Proclamation commending the club, its officers and members on their successful 5 years in the city in helping over 30 members of the community in improving their communication and leadership skills thereby helping them to move on to better jobs and careers. Steve Hwangbo in presenting the Proclamation to Yumi Kushi, President of the club complemented her for the club's involvement in several community related activities such as Civic Expo, Arbor Day, Kennedy High School student interview training, besides being the place to go for improved communications and leadership skills for the city residents.

Yumi Kushi thanked the club members for their support and the success it had achieved in being President's Distinguished Club 3 years in a row since it's chartering and being on it's way for a 4th year in 2015!

Pan Kao exhorted the members to consider expanding their skill levels by joining speciality clubs if it could help boost their capabilities to elevated levels.