The Most Important Things In Life 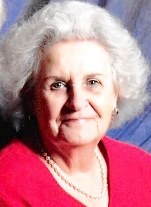 I’ve had this little gem tucked away for many years, and I refer to it from time to time to remind myself of what's really important. I've searched for the source, which I haven't been able to find, because I'd like to thank the author for these wonderful lessons.

Here are the original thoughts, followed by my impressions.

First, let's talk about worry. Did you know this word is derived from an Anglo-Saxon word that means to strangle or to choke? People do literally worry themselves to death - by heart disease, high blood pressure, ulcers, nervous disorders and all sorts of other nasty conditions. Worry can destroy your peace of mind. The best remedy? Remember that tomorrow is a new day, full of promise.

Giving/helping others: These two go hand in hand. You are always in a position to give, just as you can always help someone. Never pass up an opportunity to share what you have. Dedicated leaders understand that they have tremendous power to help those they lead by setting a solid example and demonstrating the highest standards.

Selfishness: The old quote says it all: “It is amazing what you can accomplish if you don't care who gets the credit.” An offshoot of selfishness is self-pity, which no one should waste time on. Perhaps the worst effect is loss of self-respect. Self-respect is what motivates you to be the best you can be. And in turn, you can motivate others to be their best.

Encouragement is oxygen to the soul. People appreciate recognition, encouragement and praise. Offering encouragement based on a person's character or actions inspires them to perform in such a manner that invites additional praise. Be careful not to let the tongue undo the positive effects of encouragement. Use it for good.

Fear: Every crisis we face is multiplied when we act out of fear. When we fear something, we empower it. If we refuse to concede to our fear, there is nothing to fear.

Excuses: We all make excuses from time to time. However, the day you stop making them is the day you will move up in the world.

Hope is what gets many of us through our worst days. Hope is believing that every cloud has a silver lining, and when that cloud rains, it makes things grow. A perfect partner is faith, for without faith, hope is meaningless. Love completes this trio. Real power comes through when you love someone or something, whether it’s a career or a cause.

A smile improves your looks. I learned years ago that one of the most powerful things you can do to have influence over others is to smile at them. It should be standard equipment for all people.

Enthusiasm is the spark that ignites our lives. It's one of the most important attributes to success. It also leads to the confidence required for achievement.

Pass as much encouragement as possible to our youth, the people who will inherit this world. I am constantly encouraged by the dreams and aspirations of the young people I mentor, and I want them to pass their experiences to future generations.

Finally, the brain. What a gift we have with our brain. Unlike your computer, it may not perform rapid-fire, complex calculations. But attached to the heart, it can make better decisions and produce infinitely.

Harvey Mackay is a businessman, author and syndicated columnist. His weekly column gives career and inspirational advice and is featured in over 100 newspapers. The following is from the Wikipedia site.

In 2000, Mackay sold Mackay Envelope Company to a management group. He remains an equal partner and chairman of the company. The Envelope Company employs 500 employees, produces 25 million envelopes a day with sales of $100 million.

In 1988, Mackay wrote his first book, Swim with the Sharks Without Being Eaten Alive and was on the New York Times bestsellers list for 54 weeks and has sold over 5 million copies. Mackay began his public speaking career following the release of Swim with the Sharks. Mackay’s second book, Beware the Naked Man Who Offers You His Shirt, was published in 1990. It reached number one on the New York Times bestsellers list on February 25, 1990. The New York Times listed both books in its top 15 most motivational books of all time in August 1996.

In 1993, Toastmasters International named Harvey Mackay one of its top five speakers in the world.