1926 – The Year Toastmasters Doubled in Size 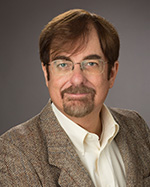 Dr. Ralph Smedley, the founder of our organization, sponsored the first permanent Toastmasters club in Santa Ana during the fall of 1924. About a year later, in the fall of 1925, a guest from the nearby town of Anaheim attended the Santa Ana club. This visit signaled a new direction for Smedley’s Toastmasters idea. The creation of a second club, and in a few years, a multiplying of more clubs, secured its lasting establishment. Essentially, Toastmasters doubled in the number of clubs in little over a year, all happening in the Founders District (although Founders District would organize later, in 1944).

James Clark Chamberlain, generally known as J. Clark Chamberlain, was a 30 year old resident of Anaheim when his curiosity about Toastmasters triggered his visit to Santa Ana. He returned to Anaheim to become one of the primary leaders sparking the Anaheim Toastmasters Club into existence. Working as an advertising salesman, Chamberlain understood the great value of Toastmasters to speaking and selling. He probably deserves credit, second only to Smedley, for the creation of Toastmasters International. The club in Anaheim conducted its initial meeting on January 19, 1926, Chamberlain soon being elected the first president. This second club continues today as another living legacy to Toastmasters International.

At the second Anaheim club meeting, according to club minutes dated January 26, 1926 (held at the Anaheim Public Library), Smedley attended and provided a short talk “on the art of self-expression.” The members gave him a vote of thanks and an ongoing welcome to the meetings. In this capacity, Smedley served as an early model of a new club mentor. He appeared at the initial meetings, and followed up thereafter about every other meeting for about three months, then less often but consistently for at least the first six months. When the number of other Toastmasters clubs expanded in coming years, these clubs agreed to form a federation, which soon became known as Toastmasters International. J. Clark Chamberlain served the organization as its first International President from 1930 to 1932. Looking back, without the formation of the second club, Toastmasters International may not exist today. Today the Anaheim Toastmasters Club (#2) celebrates its 90th Anniversary. Hurray for 1926, the year Toastmasters doubled in size!

Read 3438 times
Tweet
Published in News
More in this category: « New Year Resolution Talk Up Toastmasters 2016 »
back to top