Irvine, California, April 26, 2017 - We are pleased to announce that Daniel Midson-Short will represent Founder’s District at the Toastmasters International Speech Contest Semifinals. The competition takes place at the organization's 2017 International Convention, to be held August 23-26 in Vancouver, Canada.

Daniel, a member of Coastmasters in Dana Point, California, surpassed fierce competition to win over the judges with his speech, “Secret Power.” The speech touched on the themes of courage, passion and finding your talents in life. When it comes to connecting with an audience, he said, “is to share a story that is relatable and entertaining for them.”

Daniel will compete with 101 other District Toastmaster winners from around the world who advanced to the 2017 semifinal round after a six-month process of elimination through club, area, division and district speech competitions. Their five- to seven-minute speeches are judged on content, organization, delivery and style.

“Toastmasters speech contests are another way to build your confidence, sharpen your skills and speak to many different audiences,”says Daniel. “I am looking forward to once again competing on on the semi-final stage in Vancouver!” Daniel is a professional speaker and workshop trainer based in Orange County, California. He joined Toastmasters 5 years ago to become a better speaker and share his message with a wider community.

The Toastmasters International Speech Contest began in 1938 and is the world’s largest speech contest, involving 30,000 participants from 142 countries. It culminates with the popular World Championship of Public Speaking held annually at the organization’s International Convention.

To interview Daniel, learn more about the contest or Toastmasters club membership, contact Michelle Bender at This email address is being protected from spambots. You need JavaScript enabled to view it.. Follow @Toastmasters International or Daniel @midsonshort on Twitter to track Daniel’s progress.

For more information about the 2017 International Convention, please visit the following website:
http://www.toastmasters.org/events/2017-International-Convention. 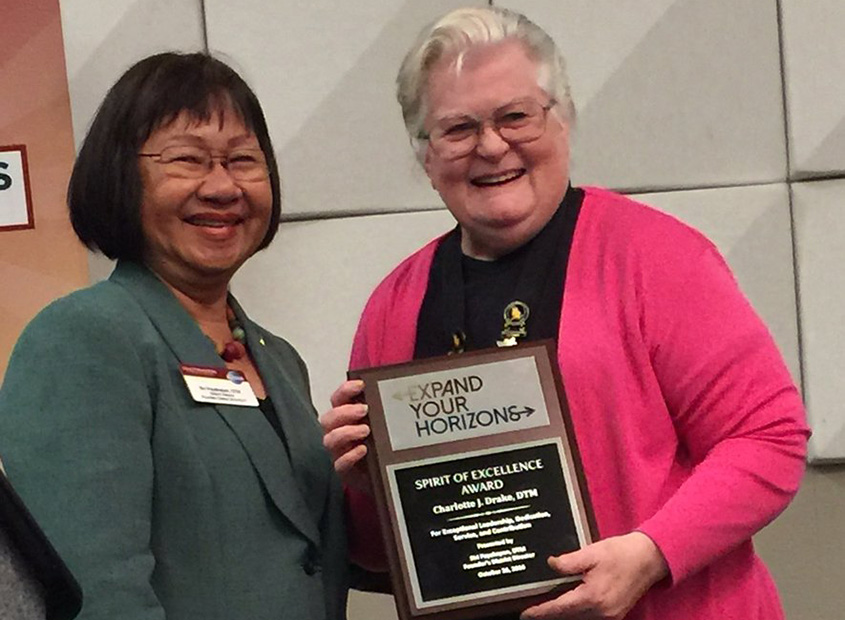 Toastmasters Re-ignites It's Members' Free Will

It was the wisdom and truth part that was well-addressed by 2005 World Champion of Public Speaking and the keynote speaker for the festivities, Lance Miller.

Lance’s keynote address proved to be inspiring, irreverent, informative, humorous and passionate. The one thing that stood out about Lance from the very beginning was how much he credits Toastmasters for the skills he has developed and uses to help individuals and companies all over the world.

Expanding Our Horizons in Nashville

Have you ever found yourself in a situation where the more you work, the less is being accomplished? To maintain and increase our productivity level and expand our horizons, we need to take time to renew, refresh and rejuvenate. We freshen our perspectives and stimulate positive changes. We rejuvenate our relationships by networking and sharing ideas with others.

Two days prior to the Toastmasters International (TI) Convention, all the trios (District Director, Program Quality Director, and Club Growth Director) of 100+ districts from 13 regions (nearly 16,000 clubs in 142 countries) were vigorously trained, by TI staff and International leaders.

In January, midway through the term, all trios from each region travel to a specified Midyear Training location, to assess the progress and strategize the second half of the term, with another region.

It was bound to happen.

The members that attended the 2016 Founder’s District Fall Conference at the Sheraton Hotel in Cerritos, CA were bound to feel full and satisfied once the festivities were completed.

No, it wasn’t the chicken marsala, caesar salad, vegetable lasagna, steamed vegetables, bread, tiramisu, chocolate-covered strawberries and cookies that filled attendees up, although that didn’t hurt.

Rather, it was all the wonderful benefits of Toastmasters the attendees were reminded of and all the nuggets of wisdom they received from the keynote speaker of the day, Craig Valentine, as well as the Communication and Leadership award recipient, USC roboticist, Maja Mataric.